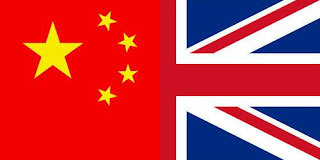 Earlier this year, in July, the UK Media were wholly engaged in disseminating the propaganda about Prime Minister David Cameron’s plans to put in filters to block pornography from harming children, whilst failing to mention that a host of other categories were also involved, with alarming ramifications down the road.


What could the public do, except cheer and advocate that this was the “right thing” to do?

Worryingly, there was no critical analysis of exactly what Mr Cameron was discussing with the major ISPs, which deliver internet access to 95% of British users!

Luckily, a few people smelt a rat, and investigated further… what they found was shocking!

Firstly, it was discovered that the filtering company that would implement Prime Minister Cameron’s deal with the four biggest ISPs was Chinese firm Huawei.

Politicians in both the UK and US have raised concerns about alleged close ties between Huawei and the Chinese government but, not surprisingly, the company says the worries are without foundation.

Customers who do not want filtering still have their traffic routed through the monitoring system! In other words, they are being spied upon, without consent!

Additionally, and of interest to all of us here in the UK, Huawei were actually banned from bidding for Australia's biggestinternet project, the National Broadband Network (NBN), because of concerns it might lead to cyber attacks due to their strong ties with China. 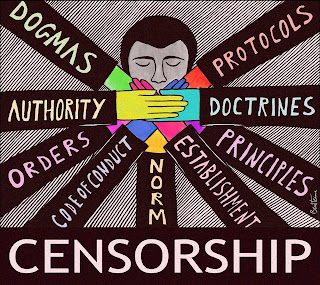 Secondly, Open Rights Group was amongst the first to discover that Mr Cameron’s plans also include possible plans to block “esoteric material” and “web forums” amongst other categories. This was also reported on Wired and The Huffingon Post.

Usually, the word esoteric points to spiritual teachings and/or practices that fall outside of mainstream religion – for example, information about paganism, about witchcraft, shamanism, and those that contain “alternative” spiritual ideas - all of which the government would deem "radical" and "unsuitable" for children. 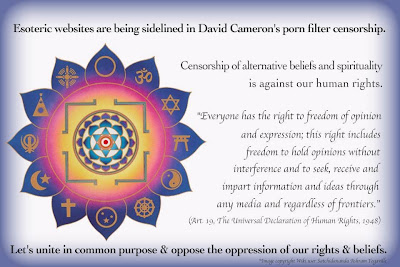 The highly interesting phenomena of UFOs and Crop Circles would undoubtedly fall into that category also.

"Esoteric material” could easily be extended to any websites that mention “healing”, or are seen to be “cult like”. Of course, we have no idea who is deciding all this, as it is being done behind the scenes.

Reiki, for example, is a popular alternative healing modality in the UK. Yet, when Reiki first came to the USA, and then to the UK, those practising it were seen as weird and Reiki societies were branded as “cults” or “sects” by those outside of Reiki circles.

If so-called cults or sects are automatically blocked by the intended filters, less and less people will come to know about esoteric material that could actually benefit them! Thousands of people have benefited from Reiki, and hundreds of books have been written on the subject now.

Pharmaceutical lobbying continues to influence governmental decisions about healthcare, and they would no doubt rub their hands with glee if they could block many alternative websites that don’t conform to “mainstream thought” on health!

Censorship is seemingly happening everywhere as “those in power” seek to control what information we have access to. TED Talks, once a platform for cutting-edge talks on science, has now been hijacked by those who wish to dumb down what information is disseminated to the general public.

TED’s rulership has censored the “radical” ideas of leading British scientists Rupert Sheldrake and Graham Hancock because both Sheldrake and Hancock spoke about “consciousness” (very unscientific, apparently) and also raised very pertinent questions about scientific dogmas that prevail within society’s worldview of reality.

Isn't it valid for a leading scientist to question the mainstream scientific approach? Apparently not!

When you understand that the parents of the children will also not access this type of "esoteric" information, we can see that the UK is at serious risk of going backwards in consciousness! The UK is being positioned as a big kindergarten in which even adults will be treated as children that need to be 'protected'.

Mr Cameron and the UK government could easily demand that all schools have a duty of care to EDUCATE PARENTS about installing anti-porn software on their home computers, and instruct them on how to more effectively monitor their children’s behaviour. Surely, we want parents more involved in their kids’ lives, not less?!

“Set it and forget it” is a terrible example to children!

THE BOTTOM LINE IS THIS: THE UK IS ABOUT TO BE CENSORED BEYOND WHAT IS BEING SPOKEN ABOUT OPENLY IN THE PRESS.

ONLY A UNITED VOICE OF THOUSANDS OF UK CITIZENS, AND OTHER WORLD CITIZENS, CAN HELP STOP THIS INSIDIOUS MOVE.

WILL YOU HELP?  WILL YOU BE PART OF A NATIONAL AND INTERNATIONAL OUTCRY?

Do you really want to open the doors to full-blown censorship of the internet down the road? This pretext of blocking pornography provides Mr Cameron and his government with the perfect opportunity to decide what websites are secretly removed from the public eye down the road. Not immediately, but down the road.

Does your website or blog mention anything that the government deems to be “unsafe” or “unfit” for “the safety of the children?” How will you know exactly?

The implications of Mr Cameron’s censorship are not only worrying but they are also totally unworkable, and out of touch with the reality of the internet.

What if advice on dealing with sexual abuse is blocked? What if a child or teenager is abused at home, and the finding of such a resource online could literally save that child’s life from further harm?

On top of all this, we have to ask why the government hasn't been doing anything to protect children in real terms, apart from its public announcement to censor the internet?

Ex-CEOP chief says that the Prime Minister's child-abuse police figures are wrong, and Tracy Edwards MBE, the former round-the-world yachtswoman who worked as a project manager for CEOP in 2007, insists that reduced funding is letting known paedophiles escape punishment.

Her comments were backed up by Jim Gamble in an interview with Radio 4:

"This government has stood still for two years with regards to CEOP - CEOP's budget has, in real terms, decreased," he said. "There are 50,000 predators, we're told by CEOP, downloading images on peer-to-peer, not Google, peer-to-peer. Yet from CEOP intelligence, only 192 were arrested last year."

When I found about the government’s intention to block esoteric material, alongside pornography, I immediately started a petition on Change.org because I was seriously alarmed by the implications of this manoeuvre.

The government is supposed to be accountable to the general public. The very fact that this is a closed-door process should ring alarm bells for all of us! What exactly is the government’s agenda? Nobody really knows!

Alarmingly, this is not the only instance of the government trying to silence the public voice, or suppress information that could be seen to “harm” its own agenda.

MP Chloe Smith has recently been trying to rush through a new "gagging law" which would stop charities and other non-profit organisations running campaigns one year before elections because it could "harm" those in power. Quite rightly, there has been a massive outcry against this legislation by charities and other non-party organisations across the UK, leading to a U-turn by the government.

Now it is time for another massive outcry against the proposed “pornwall” filters that are set to come into effect next year (2014).

There has already been a dangerous precedent set here in the UK, with public WiFi hotspots at McDonald's and Caffe Nero blocking "alternative belief/spirituality" websites, and Orange blocking websites that promote “esoteric practices” on their pay-as-you-go phones.

This is simply unbelievable – and actually contravenes the Human Rights convention! But does the UK government care?

The Guardian recently picked up that the UK government wishes to scrap the Human Rights Act and withdraw from the European Convention on Human Rights!

Should we be concerned about living in a country that appears democratic on the surface but is actually acting more like Big Brother every day? Absolutely!

Can we do something about it? Yes! But we have to take massive, consistent action against it and demand that the government act openly and accountably towards its public.

Adult filtering amounts to censoring legal content. The UK would be the first "democratic" society to do this, and this sets a terrible example to other countries with interests in suppressing information!

If we sleepwalk into censorship in the UK, other countries will surely follow suit. Other governments are watching carefully to see what they can get away with!

Conservative MP Joy Smith says she wants to see Canada adopt legislation that requires residents to request access to pornography from their internet service providers or have all pornographic material preemptively blocked.

Bill No. 2511/2012-CR introduced by Congressman Omar Chehade and the Nationalist caucus raises serious questions about individual freedoms in Peru. The project aims to establish a national system of mandatory filters for all Internet providers to prevent access to pages with pornographic content. This filter would be applied by default to all users of the Internet and the only way around it would be by expressly asking the operator to turn it off.

So let's stop this from being a run-away train RIGHT NOW! Write to David Cameron and copy your own MP in now! Express your extreme concern about what is being planned!

You can contact No. 10 Downing Street via its web form, or write directly to David Cameron at camerond@parliament.uk. If you are emailing him directly, please be polite, and also include your full postal address.

A sample letter can be found here. 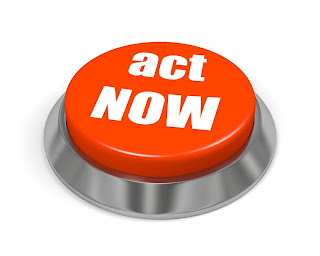 Make sure you tell all your friends and family members that their internet freedom really is at stake. Then sign the petition on change.org before it’s too late!

This could easily be OUR last chance to maintain internet freedoms. If we allow this, there will be no turning back! At the very least, it would be a huge struggle. Freedom lost is not easily regained. 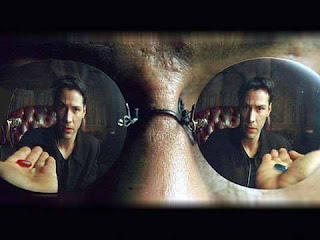 You take the blue pill - go back to sleep, and believe that David Cameron's internet censorship really is about 'protecting the children'. You take the red pill - stay informed and see just how deep the implications of default online censorship go.

"I myself feel that it is very important that my ISP supplies internet to my house like the water company supplies water to my house. It supplies connectivity with no strings attached."  Tim Berners-Lee - Creator of the world wide web