Are you taking antacids? Link between aluminium and Alzheimer's 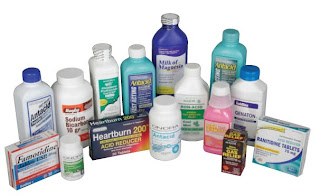 Are you taking antacids? Is this a regular occurrence? If so, you may want to think twice about whether this is the best long-term solution for you!

According to the late, enlightened medical professional Dr. Batmanghelid, he points out in his groundbreaking work that, "Antacids that contain aluminium are dangerous. They should not be freely used for a condition that responds to an increase in water intake. Excessive aluminium in circulation has been strongly implicated as a precipitating factor on top of other considerations in Alzheimer-type disease.

It is imperative to understand this relationship between taking aluminium-containing antacids for a long period of time and their possible accumulative toxic side effect of brain damage in Alzheimer's disease. No amount of genetic study will undo the toxic side effect of a metal used in medications to deal with a simple signal of thirst... Most antacids contain between 150-600 milligrams of aluminium in every spoonful of liquid or in each tablet."

Most worryingly, in addition to antacids, we humans also ingest toxic aluminium from many other sources, including from our (city) water supplies, many foods that we choose to eat, and from the air that we breathe.

Alongside harmful water "purification" methods, an examination of the labels on consumer products will reveal that many of them contain the metal aluminium. 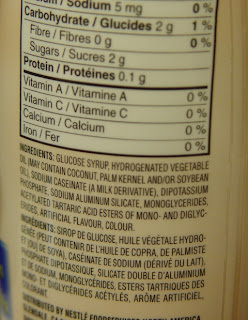 Aluminium also contaminates pasteurised milk, where the milk is heated in aluminium containers. You would be better off going RAW, buying your milk from a dairy producer that treats their cows properly.

Beverage cans, aluminium foil in contact with food, aluminium pots and pans, alongside the harmful aluminium in many drugs, all serve to ensure that the cumulative load of aluminum in the human body will eventually reach a critical level if we are not mindful.

According to a report from Leading Edge Research Group, "Dust from talcum powder, baby powder, cat-box litter, cement, asphalt mixes, tobacco smoke and ashes contain aluminosilicates. Complex ionic aluminosilicates go directly to the brain through the olfactory system.  [According to neurobiochemist Eugene Roberts, Ph.D., a research physician at the City of Hope National Medical Center.]  Much of the damage typical of Alzheimer’s disease, coincidently, is found in the olfactory regions of the brain. Metal particulates are a significant constituent of the general atmosphere in many industrialized countries. These particulates are typically 1/50 the width of a human hair.  The miniscule size of these particles enables them to join other elements floating in the blood. A darkfield microscopic examination of your blood will show heavy metals floating around. They also travel through cell walls and into the nucleus and directly affect the DNA. Yale University researchers in 1978 published a paper that estimated that 140,000 deaths a year are related to all forms of metallic air pollution compounds. [Noble, H., The air: Unsafe at any site, New York Times Magazine,Nov 4, 1979, p. 122.] Metallic air pollution now kills almost 300,000 people each year, and the toll is rising, despite the scientific evidence. No one is taking industry to task."

There is a silver lining to this rather big, dark cloud - and that is the simple (but largely ignored) advice to drink more good quality water, meaning you should at least use a water filtration system to filter out the intentional pollutants in your tap water.

We all really need to drink 2 litres of water (about 8 medium-sized glasses of water) a day - and much more if we are drinking diuretics like teas and coffees!

Make sure you get off long-term dependency on antacids by starting to drink more water - in the vast majority of cases it will rapidly reduce, if not completely eliminate, the need for complex medications, including antacids, or worse (e.g. proton pump inhibitors and H2-receptor antagonists)! It may sound overly simplistic, even "too good to be true", but, at least, try increasing your water intake before you decide whether water alone is remedy enough for symptoms of heartburn, acid reflux, and peptic ulcers.

According to Dr. Batmanghelid, the primary cause of Alzheimer's disease (along with many other diseases of the body) is chronic, long-term (brain cell) dehydration of the body. Aluminium toxicity is a secondary complication.

I highly recommend buying Dr. Batmanghelid's book, "Your body's many cries for water." It's a real eye-opener!